Check us out on Facebook for a free answer Mon-Thu

We provide trivia games, for bars, restaurants & private events in the metro Atlanta area & beyond since 2000. We also provide bar bingo, karaoke, DJs, private/corporate events & live music. You name it, we'll do it! For information on hiring OutSpoken Entertainment for any of your entertainment needs. Please Contact Us

Fetch Park continues to grow and we're happy to grow along with them! The all-new Buckhead location is up and running and we're kicking off trivia on Wednesday nights at 7 pm starting 1/27. See you there!!

Our longtime friends at Johnny's Pizza are about to kick off trivia at the Hiram store on Hiram Douglasville Hwy! Come join us Tuesday nights at 7 PM starting 1/4!

WE'RE FINALLY AT BENCHWARMERS IN DECATUR! TRIVIA KICKS OFF WEDNESDAY 12/1 AT 8 PM, SAME TIME AS BEFORE, NOW WITH OUTSPOKEN!!

It's finally time to get going at legendary Benchwarmers on Clairmont Rd! First, trivia gets underway on Wednesday 12/1 at 8 pm! See you each week at Benchwarmers in Decatur!

There are so many fun things to do at Fetch Park in Old Fourth Ward! Bring your dog and tour friends for a great night of trivia every Wednesday at 7 pm starting 11/24!

ALERT! THE FALL TOURNAMENT FINALE TAKES PLACE THIS SATURDAY 11/13 AT 2:30 PM AT TIN ROOF CANTINA ON DRUID HILLS IN DECATUR!!!!!

ALERT! The tournament finale for the fall cycle will take place this Saturday 11/13 at 2:30 PM at Tin  Roof Cantina on Druid Hills in Decatur!  CHECK YOUR SCORES HERE! And don't forget to check out HobNob's weekly trivia night every Tuesday & Thursday at 7 PM. See you this weekend!

We are very excited to be a part of the all-new Cold Beer in Old Fourth Ward! We kick off Thursday night trivia on 10/14 at 7:30 PM! Come early, grab a drink & a meal and enjoy a great night of trivia at Cold Beer! 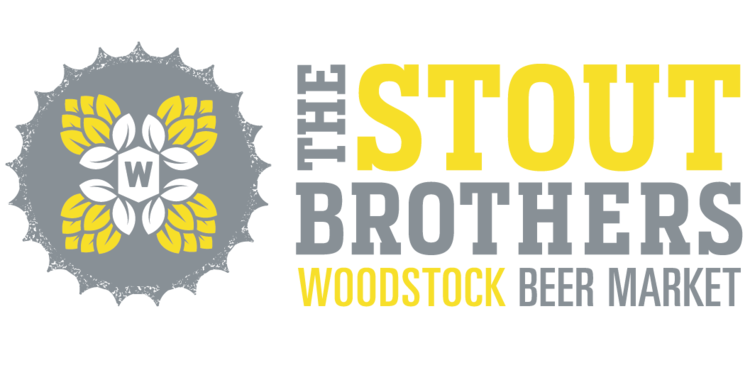 The Stout Bros. Canton Street Beer Market in Woodstock is ready to go for trivia!!! Join us at Stout Bros. on Thursday nights at 7 PM beginning 9/30, just in time for fall! See you there!

FINALLY, THE ALBERT BEGINS OUTSPOKEN TRIVIA!! JOIN US EVERY WEDNESDAY AT 8 PM STARTING 9/22!!!

The legendary Albert is now part of the Outspoken family! It all goes down Wednesday nights at 8 PM starting 9/22. Get there early and be ready for a great night!

Your Pie in Loganville is ready to go with  Trivia every Thursday at 7 pm starting 10/14! The tradition of weekly trivia at Your Pie continues! See you on the 14th! Get ready for a great time at Your Pie Loganville!

BLAKE'S OF BRASELTON WELCOMES TRIVIA EVERY THURSDAY AT 7 PM STARTING 8/26!!! 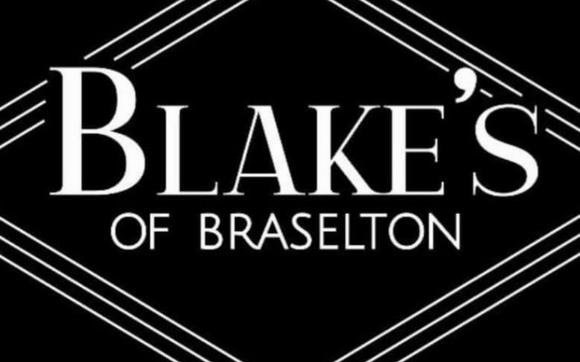 We're thrilled to finally return to Braselton! Join us at Blake's on Braselton on Thursday nights starting 8/26 at 7 PM! See you at Blake's every week for trivia!!

WE'RE BACK IN CABBAGETOWN! MILLTOWN ARMS TAVERN KICKS OFF TRIVIA ON TUESDAY 8/10 AT 7:30 PM! 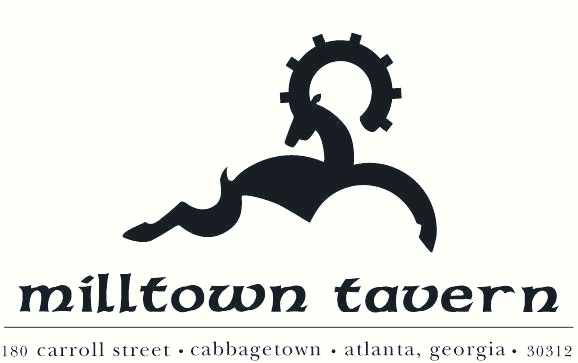 We're happy to return to Cabbagetown for the first time in over a year! The awesome Milltown Arms Tavern is back in action  too, with trivia kicking off Tuesdays at 7:30 PM starting 8/10. See you there!

We're happy to have Taqueria Del Mar back in action in Norcross at Peachtree Corners! Trivia returns on Monday nights starting 6/28 at 7 pm! Welcome back!!!!

THE ALL-NEW H&F BURGER IN PONCE CITY MARKET KICKS OFF MONDAY 6/28 AT 7 PM!

Check out this great new establishment at Ponce City Market! Join us for trivia at H&F Burger starting this Monday night 6/28 at 7 PM! Join us there weekly for an exciting night of trivia!

TUESDAY NIGHT TRIVIA AT THE ANGUISHED BARBER IN MIDTOWN BEGINS 6/29 AT 8 PM!

DaVINCI's IN McDONOUGH IS BACK! TUESDAY NIGHT TRIVIA RETURNS 6/8 AT 7 PM!!!!

We are back in action at DaVinvi's in Buckhead! Join us on Tuesday nights at 7 PM, same time, same day, as trivia makes it's return to DaVinvi's starting 6/8!!!! Welcome back!!!

We are very excited to partner with the all-new Highland Bistro in Virginia Highlands! Join us there every Tuesday night at 8 pm for trivia starting 6/1!!! See you there in June!!

TRIVIA AND MORE CONTINUES TO RETURN!! CHECK THE SCHEDULE BELOW!!!

ALERT! Outspoken Trivia is beginning to return at select venues! The ever changing list will be updated as more venues return!! Here is the current list as of 10/26/21: MONDAYS: WR Social House in Marietta at 7:30 PM every other week,  Johnny's in Buford at 6:30 PM, Buffalo Wild Wings in Statesboro at 7:30 PM,  Fuego in Marble Hill at 7 PM, Padriac's in Vinings at 7 PM,  Agavero Cantina in Lilburn at 7 PM, Ceviche in Roswell at 7 PM, the all new H&F Burger in Ponce City Market at 7:00 PM, Thos. O'Reilly's (Music Bingo) in Sandy Springs at 7:30 PM, and the return of Taqueria Del Mar in Norcross at 7 PM! TUESDAYS: Fairfield Plantation in Villa Rica at 7 PM, Ponko Chicken in Midtown at 7 PM, Tin Roof Cantina on Briarcliff at 7 PM, Rocky Mountain Pizza in Midtown at 8:30 PM, HobNob Perimeter at 7:30 PM, HobNob Brookhaven at 7:30 PM, HobNob Atlantic Station at 7:30 PM, HobNob Alpharetta at 7:30 PMThe Glenwood in East Atlanta at 9 PM, Alessio's in Roswell at 7 PM,  HJ Wings & Things in Tyrone at 7 PM , Comic Book Trivia at My Parents' Basement at 7 PM once a month in Avondale, Bambinelli's in Lilburn at 7 PM, Bobby G's in Alpharetta at 7 PM,  Big Oak Tavern (Geek Trivia) at 7:30 PM, Highland Bistro in VA Highlands at 8 PM,  DaVinci's in McDonough at 7 PM , Pour Taproom in Midtown at 7:30 PM, The Anguished Barber in Midtown at 8 PM, Red's Beer Garden in Benteen Park at 7 PM and Milltown Arms Tavern in Cabbagetown at 7:30 PM WEDNESDAYS: 1910 Public House in Lilburn at 7 PM,  Lazy Llama in Midtown at 7:30 PM, Lost Druid in Avondale Estates (Geek Trivia) at 7 PM, Jimmy's in Doraville at 7 PM, Roux on Canton in Roswell at 7:30 PM, Thos. O'Reilly's in Sandy Springs at 7:30 PM, The Nook at Piedmont Park at 8 PM, The Stratford in Avondale Estates at 6:30 PM, Locos in Statesboro at 7:30 PM,  Chapultepec in Tyrone at 6:30 PM, Pour Taproom in Old Fourth Ward at 7:30 PM,  McCray's in Lawrenceville at 7 PM, Mellow Mushroom in Dunwoody at 7 PM, Adobo Taqueria in Alpharetta at 7 PM , Napoleon's in Decatur at 7 PM, and Saucehouse in Athens at 7 PM,  The Albert in Inman Park at 7 pm, Iron Hill Brewery in Buckhead at 7 PM, and Benchwarmer's in Decatur at 8 PM THURSDAYS: Tin Roof Cantina on Briarcliff at 7 PM, Rocky Mountain Pizza in Midtown at 8:30 PM, Padres in McDonough at 7 PM, Eagle Creek Brewing in Statesboro at 7:30 PM , Outrun Brewing in Stone Mountain at 7:30 PM, Johnny's in Douglasville at 7 PM, Beef O'Brady's in Peachtree City at 7 PM, Adobo Taqueria in Alpharetta with Music Bingo at 7 PM, Pontoon Brewing in Sandy Springs at 7:30 PM, Slow Pour in Lawrenceville at 7 PM, Habaneros in Woodstock at 7 PM,  Cold Beer in Midtown starting 10/14 at 7:30 PM, and Your Pie in Loganville at 7 PM

We are back in Athens!!! We are very excited to be at the Saucehouse on Wednesday nights at 7 PM starting 5/19!!! Come early, Athens, for some barbecue before trivia! 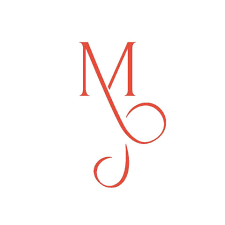 Come check the excellent Minnie Olivia Pizzeria in Alpharetta for music bingo starting Wednesday 5/19 at 7 PM! Be sure to come early and grab a meal & a beer to prepare for a great night of music bingo!

Habaneros in Woodstock is back in action with trivia, still on Thursday nights at 7 PM! The fun kicks off once again beginning 5/20. Make you plans today!

BOBBY G'S IN ALPHARETTA RETURNS! JOIN US FOR TRIVIA EVERY TUESDAY AT 7 PM!

We're happy to be back at Bobby G's in Alpharetta for Tuesday night trivia! Join us there every Tuesday at 7 PM and come early for a drink and a meal. See you at Bobby G's on Tuesdays!

AUGUSTINE'S IN GRANT PARK IS BACK ON TUESDAY AT 8 PM STARTING 5/4!!!

The return of Augustine's in Grant Park is here! We're approaching ten years of trivia at Augustine's, so we're thrilled that they are back in action on Tuesday nights at 8 PM starting 5/4! We're looking forward to seeing everyone back at Augustine's on Tuesdays!

BE A TRIVIA HOST!